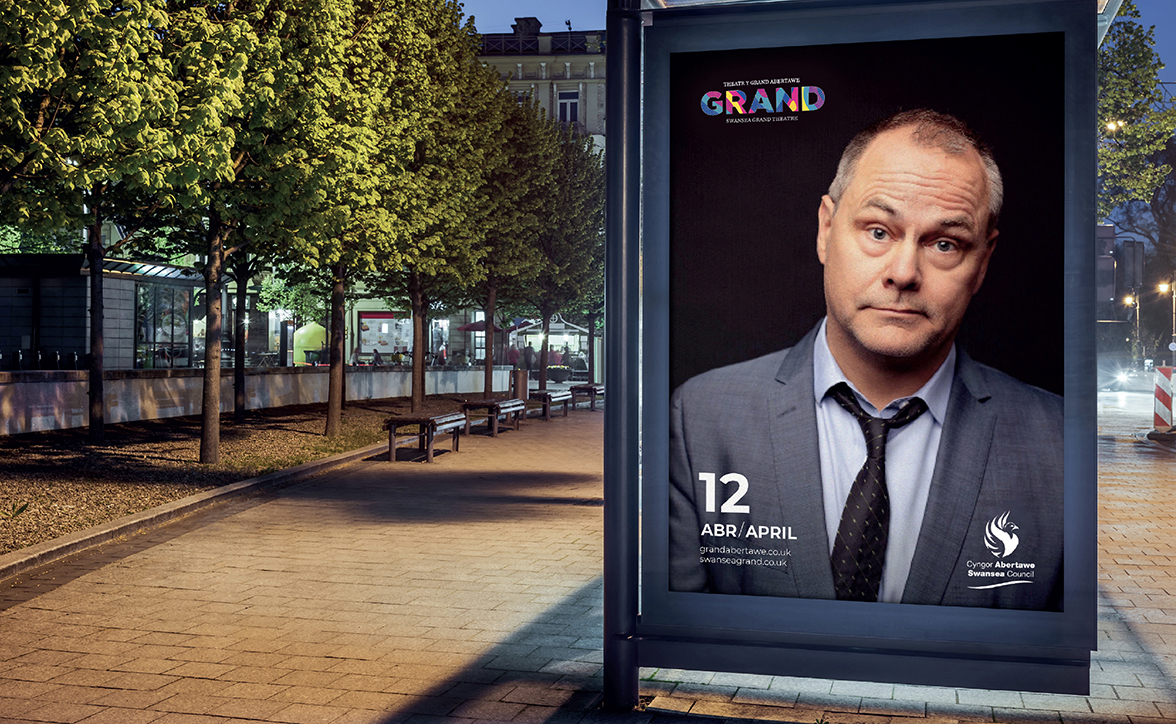 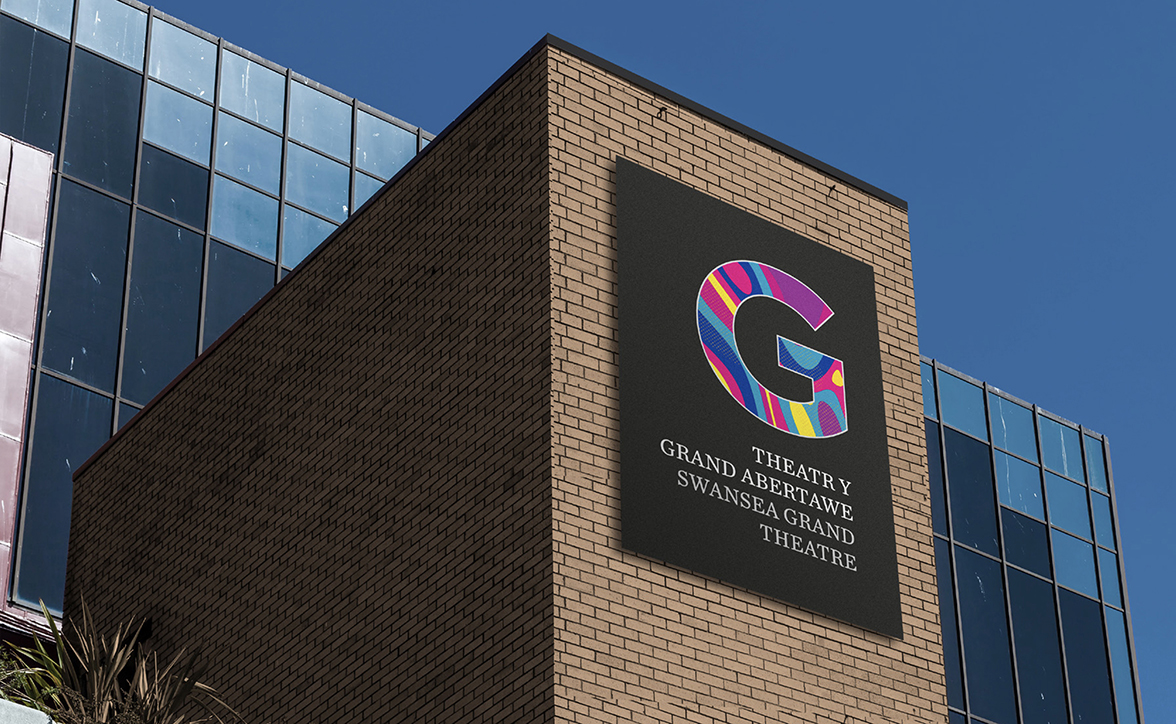 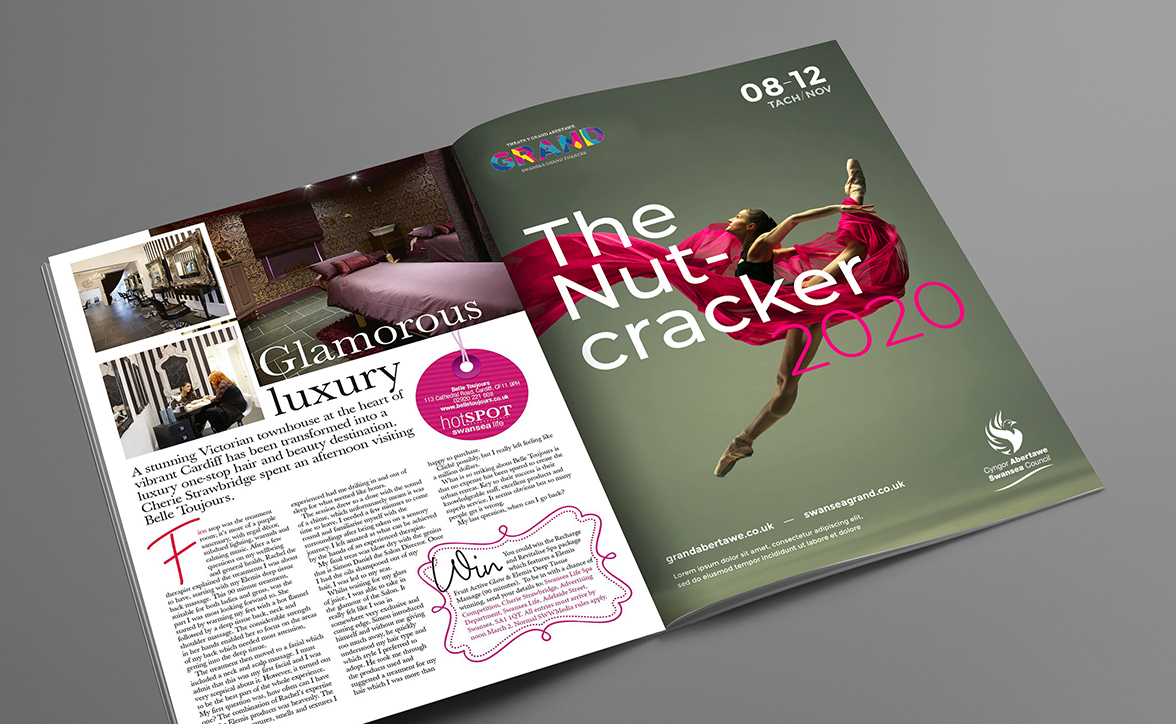 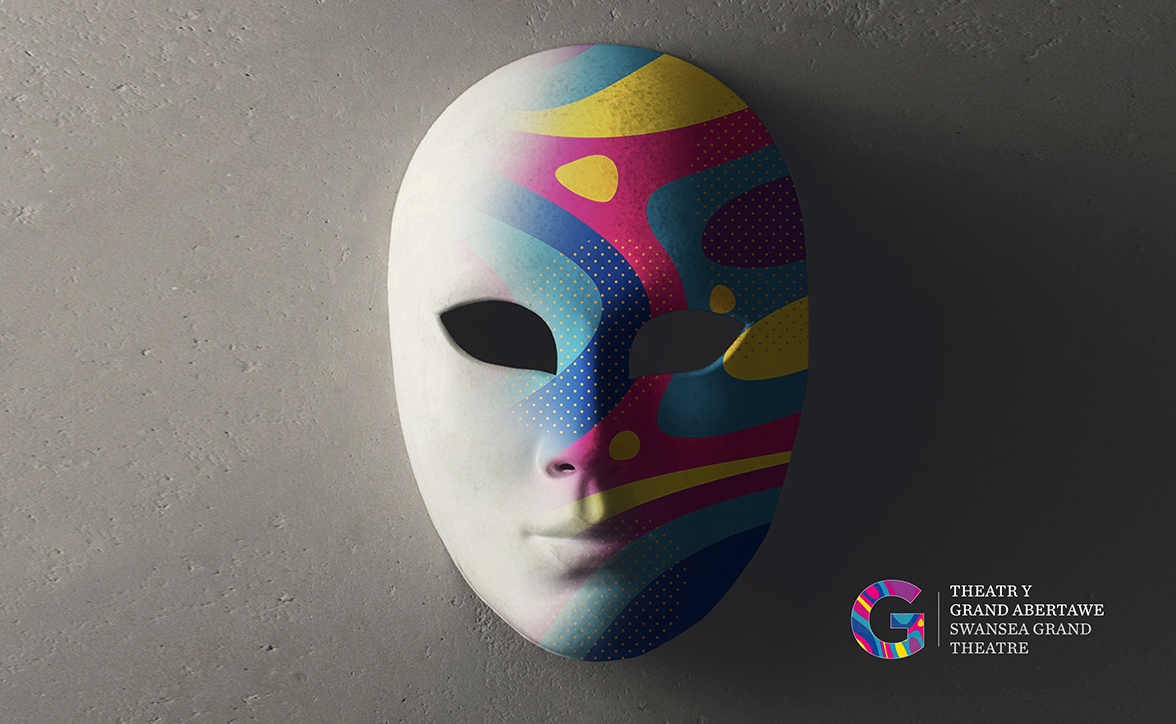 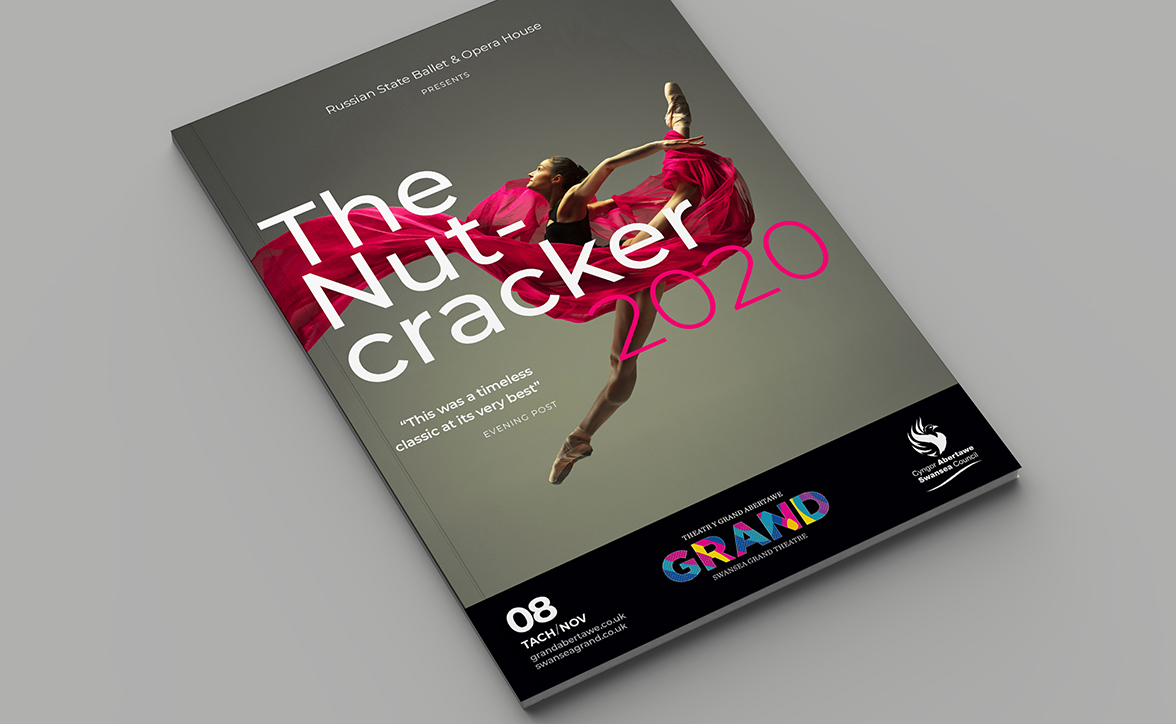 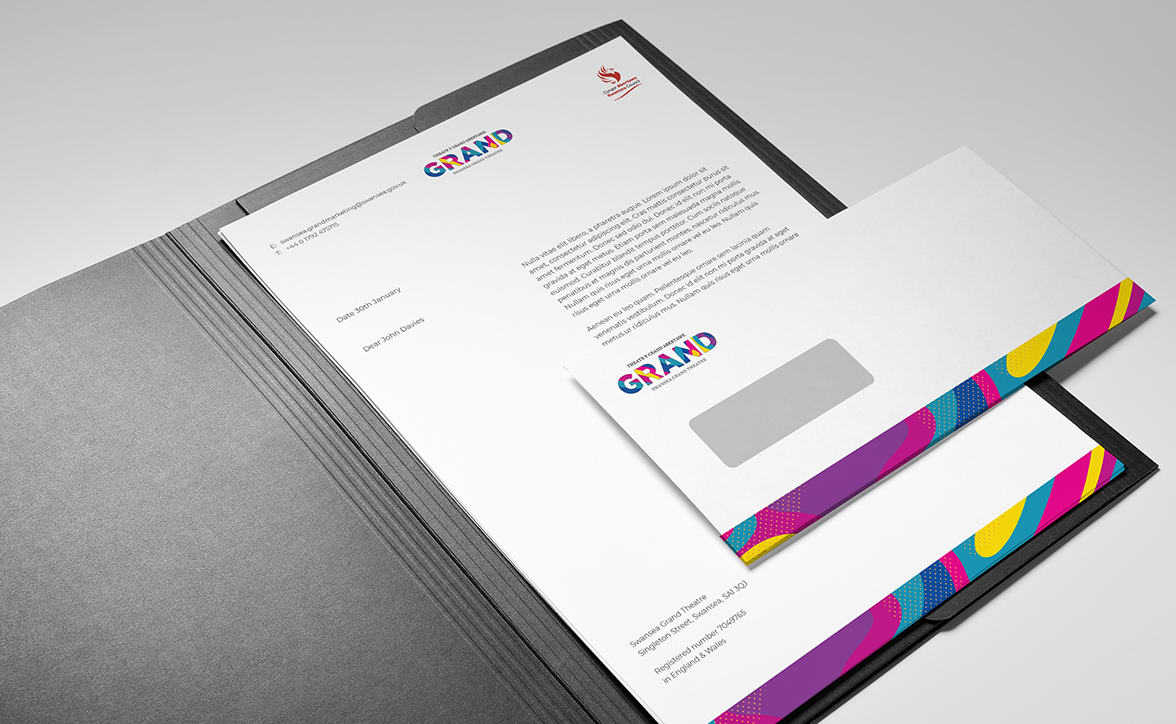 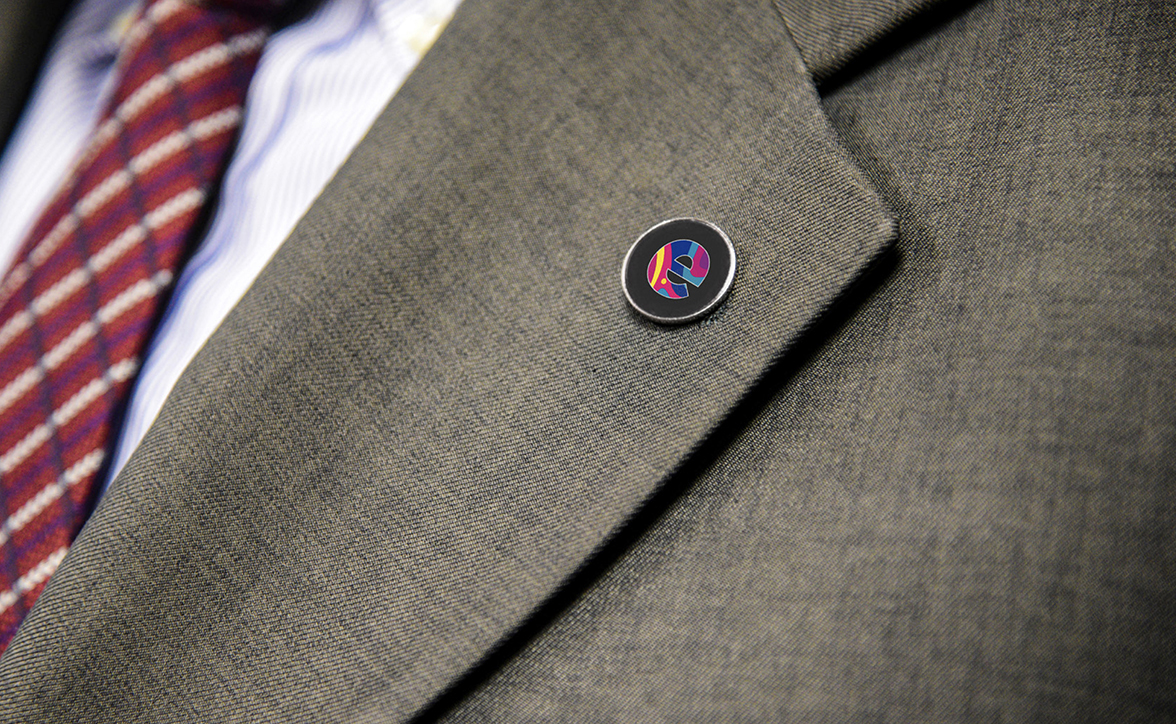 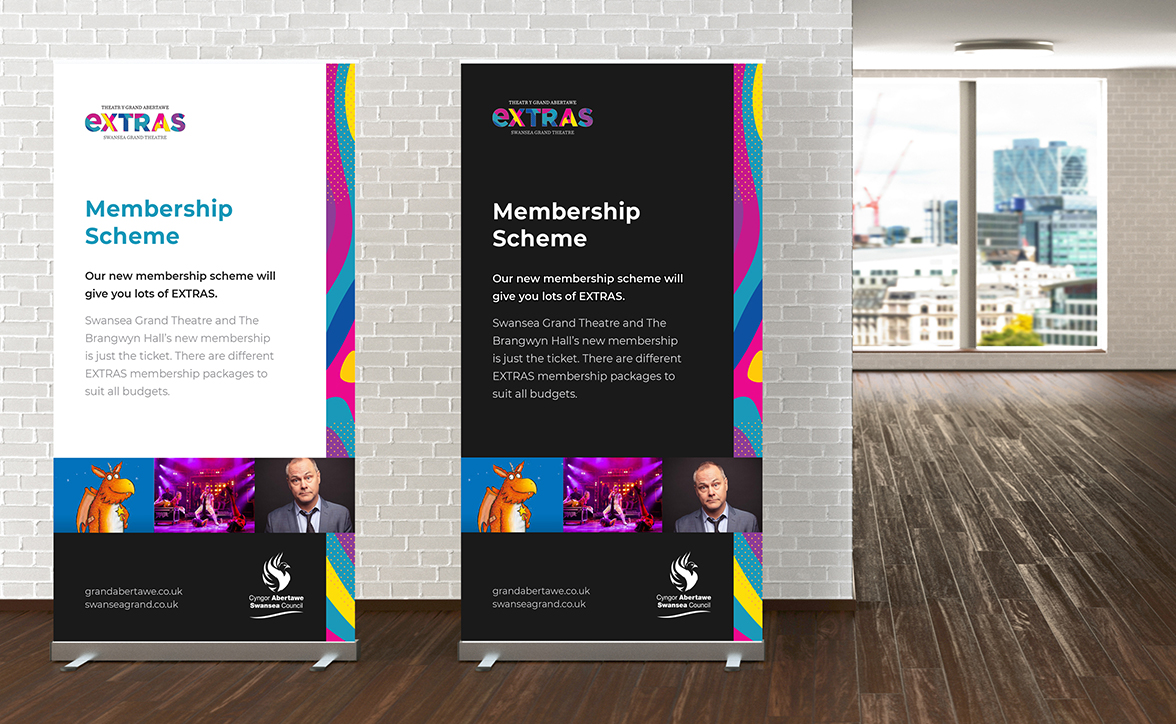 The Swansea Grand Theatre has been an old friend of the Swansea skyline for over 120 years. It has long been considered a stage for everyone. From seasoned professional tours, to up and coming youth drama, music, comedy and art, it’s diversity is a true reflection of this multi-cultural melting pot of a city.

When considering rebranding the Theatre we were careful to embrace the Welsh and English elements, sharing the core ‘Grand’ logotype. Recognised in both languages, this uniting and celebratory element is the focus of the identity and uses colour and pattern within its form to reflect the creative lifeblood of the theatre.

Swansea Grand Theatre’s new identity is part of a full and adaptable suite of logos that include a Primary and Impact version, a set of seasonal options (to be used on relevant marketing material) and the Theatre’s added-value membership vehicle – Extras – which represents the exclusive membership scheme and is aimed at frequent visitors to the theatre.